This week's long run was a good one

First, I have to ask "What sort of mad coach says 'Well, he needs some rest, so I'll have him run a shorter distance this week; 16 miles sounds short'?" And, what kind of mad athlete goes out and posts a time that's way better than expected? 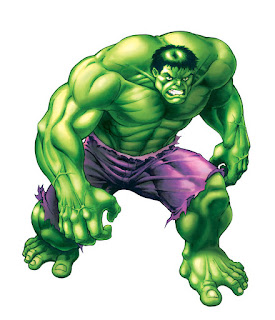 This is what I felt like the last time I ran 16 miles, 4 weeks ago 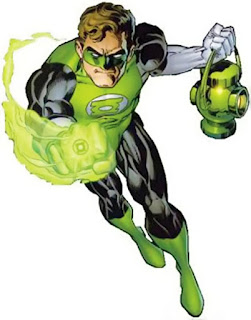 So, the last time I went out for a 16-mile run was 4 weeks ago, and it took me 3 hours, 2 minutes, and 36 seconds, for an average pace of 11:24/mile. Since I was supposed to do that same distance today I did the same route to see if I'd do any better at it, and I really surprised myself with how it went. Today's time was nearly a minute/mile faster, and when I checked my time at the 13.1 mile mark I discovered that I'd cut nearly 12 minutes off my previous best half-marathon time.

First ride on the new bike

As mentioned in last week's post, I have a new triathlon bike, and this past week I got out on my first (and so far only) real ride on it. Our overall time wasn't terribly good, but I think that was mostly due to the bad traffic we were fighting much of the time. The downhill and flat sections certainly felt faster, although I haven't tried to really measure any difference. Also, this bike has bigger gearing on it, which means it'll hit a faster speed for a given rate of pedaling, but it also harder to climb up hills than my road bike. So far it hasn't been a problem, and since our Ironman race is not terribly hilly I think I'll be OK. I'll have to see how it goes when I go for a ride near home where I virtually never have to stop for lights.

I've heard from one of my readers that she "sort of skims the postings, because they tend to be 'I ran down a hill, and then I ran up one, and they all sort of blend together.'" And since I always listen to my wife's advice I'm attempting to avoid doing too much of that. That conversation reminded me of a story about how athletes tended to describe trips for away games.

Teacher: So, Jethro, tell us about the latest football game against our arch-rivals Kiski.
Jethro: Well, we had to get up at Oh-dark-hundred and get on the buses. I sat next to Bubba Jones, who snores like you wouldn't believe. We had to stop at a gas station on the way, so we all got to get off and buy breakfast; I got a burrito called "The Meat Bomb." Bubba was sorry he was sitting next to me after that, I'll tell you.
Teacher: That's fascinating. How about the game?
Jethro: Well, we got there a little early, so we figured we'd check out some of the local talent. It turns out to be an all-boys school, so the scenery was terrible.
Teacher: Riiiight. I'm not sure the rest of the student body is interested in these details. Could you come to the point.
Jethro: Sure. So, after the game we had to get back on the bus and ride home. Fortunately, we managed to stop at a McDonald's to get dinner - you know we don't have any fast-food restaurants here at school [ed. note: it was the early 80s in a tiny town]. They've just come out with this awesome new sandwich called The McRib. It didn't have any actual ribs in it that I could find, and I got three of them just to be sure. Great eating!
Teacher (left eye twitching uncontrollably): The big rivalry, Jethro! How did the Game - The Football Game that was the point of the trip - go?!?
Jethro: Oh, we won 28-7. No big deal.

Hopefully at least some of these postings are more interesting than that. 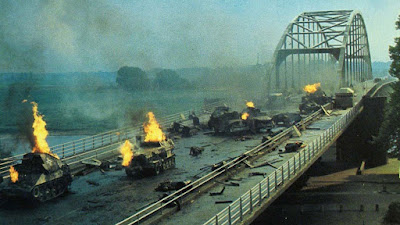